Why we should support the Petition for Richard O'Dwyer

I have been following the case of Richard O'Dwyer a UK student, whose website hosted links of copyright material similar to search engines in the UK. As our readers may know we cover a considerable amount in Northern Ireland and also London, when it has an effect on the Irish Tech scene as a whole. I feel this is something we must support. If he has committed a crime then it should be punishable here in the UK and not in a foreign jurisdiction.

I have asked permission from Silicon Ireland to bring this to the attention of our readers, and invite those in Norther Ireland to support his case via the change.org site. Thank you Pete. 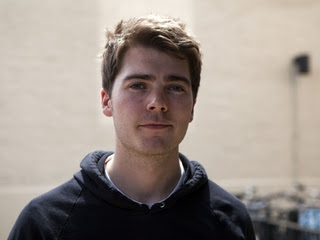 For you who do not know the story - here it is:- BY Wikipedia Founder - James Wales.

'Richard O'Dwyer is a 24 year old British student at Sheffield Hallam University in the UK. He is facing extradition to the USA and up to ten years in prison, for creating a website – TVShack.net – which linked (similar to a search-engine) to places to watch TV and movies online.

O'Dwyer is not a US citizen, he's lived in the UK all his life, his site was not hosted there, and most of his users were not from the US. America is trying to prosecute a UK citizen for an alleged crime which took place on UK soil.
The internet as a whole must not tolerate censorship in response to mere allegations of copyright infringement. As citizens we must stand up for our rights online.
When operating his site, Richard O'Dwyer always did his best to play by the rules: on the few occasions he received requests to remove content from copyright holders, he complied. His site hosted links, not copyrighted content, and these were submitted by users.
Copyright is an important institution, serving a beneficial moral and economic purpose. But that does not mean that copyright can or should be unlimited. It does not mean that we should abandon time-honoured moral and legal principles to allow endless encroachments on our civil liberties in the interests of the moguls of Hollywood.
Richard O'Dwyer is the human face of the battle between the content industry and the interests of the general public. Earlier this year, in the fight against the anti-copyright bills SOPA and PIPA, the public won its first big victory. This could be our second.
This is why I am petitioning the UK's Home Secretary Theresa May to stop the extradition of Richard O'Dwyer. I hope you will join me.
- Jimmy Wales, Wikipedia founder'

Support the Petition here
Posted by Pete - Northwest Editor at 17:16