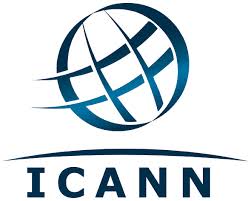 Blacknight to ICANN - The Registration of Generic Key Word TLDs Should Be Available to All PeopleSeptember 26, 2012 – Carlow, Ireland – Irish registrar and hosting company Blacknight have sent an objection letter to ICANN concerning several new gTLD applications, which may seek to operate non-trademarked generic word TLDs in a “closed” manner.

Blacknight have drafted a letter to ICANN (International Corporation for Assigned Names and Numbers) seeking clarification on pending gTLD applications for generic term TLDs, which intend to operate in a “closed” (not open to the public for registration) manner. The letter expresses concern over applications for broad term extensions like .blog, .music and .cloud as domains that would be severely restricted if monopolized by single, corporate entities that intend to use the terms solely to market their own products.

The letter states: “generic words used in a generic way belong to all people. It is inherently in the public interest to allow access to generic new gTLDs to the whole of the Internet Community, e.g., .BLOG, .MUSIC, .CLOUD. Allowing everyone to register and use second level domain names of these powerful, generic TLDs is exactly what we envisioned the new gTLD Program would do. In contrast, to allow individual Registry Operators to segregate and close-off common words for which they do not possess intellectual property rights in effect allows them to circumvent nation-states’ entrenched legal processes for obtaining legitimate and recognized trademark protections.”

Michele Neylon explains: “No one company should have control of a generic name space like that. If the goal of the new gTLD program is to increase competition in the domain space and to provide a wider range of choice for end users, giving single companies use of generic terms violates that ideal. The new TLD project spent thousands of hours working on protecting IP rights. We did not fight for those rights so large companies could turn around and blatantly abuse that good will.”
Consumer rights advocacy group Consumer Watchdog has sent a separate letter on September 19, 2012 stating: “If these applications are granted, large parts of the Internet would be privatized. It is one thing to own a domain associated with your brand, but it is a huge problem to take control of generic strings.”
Blacknight’s letter to ICANN states that it is generally understood that new gTLDs would be operated in a closed manner only under very defined circumstances. The letter asks that ICANN might clarify the circumstances and allow the applicants to amend their applications to comply with this clarification.
The letter has also been signed by over a dozen other companies including EuroDNS, DomainPeople, Cronon AG, Artic Names, MailClub, 1API, Nordreg and Banc Media.

To read the letter from Consumer Watchdog, please visit http://www.consumerwatchdog.org/resources/ltrrockefeller091912.pdf
Posted by Editor in Chief at 17:04