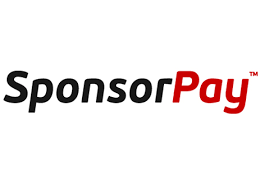 We met SponsorPay at the recent Dublin Web Summit.Projjol Banerjea chatted to us about how the platform had expanded across Europe and how it was launching in Ireland. We will be covering further later in the week how they aim to revolutionize paying for content.He also gave examples of many of his current partners that he was working on. Here is their recent announcement.


SponsorPay, is a value-exchange advertising platform, announced today that it has secured partnerships with top publishers Nexon America, Tetris Online and Alawar Entertainment. The company also reported strong Q3 growth from mobile as well as BrandEngageTM, its proprietary video and engagement ad solution.

The company’s mobile business has made tremendous progress since the start of this year, and recently announced additions to its product portfolio – Unlock and the tablet offer wall – have quickly gained remarkable traction in the past few months. “The number of monthly transactions across our mobile network more than doubled last quarter and we expect Q4 to be even stronger,” observed Janis Zech, CRO and co-founder at SponsorPay.

“Teaming up with SponsorPay is exciting,” said Makoto Iwai, SVP of Corporate Strategy at games behemoth Nexon America. “We’re looking forward to realizing the potential offered by our burgeoning relationship.”

“With SponsorPay, we have experienced great results. Their holistic approach to user acquisition and monetization has been instrumental in increasing both the exposure and overall revenue of our applications,” echoed Julia Nabieva, Head of Mobile Games Sales and Marketing at Russian games developer Alawar Entertainment who have more than 200 casual and mobile titles in their portfolio, including the recent hit Shake Spears.

Simultaneously, SponsorPay’s online monetization platform has continued to expand significantly, riding on its direct response offerings as well as BrandEngageTM. The latter, in particular, has become a growth engine for the company since its launch last year. “The market’s response to BrandEngage has certainly been inspiring. Current user activity on the platform is threefold of May’s numbers,” added Zech.

“SponsorPay not only looks for better ways to help us improve how we monetize our games,” said Casey Pikey, VP of Marketing for top Facebook games publisher Tetris Online, “they deliver the results too.”

“BrandEngage by SponsorPay is a really good solution for Domino’s to reach their audience with more engaging ad units,” asserted Ben Smart, Senior Digital Display Planner/Buyer at Arena Media (Havas) who saw excellent results with an engagement campaign that drove both brand awareness and pizza sales.

In addition to forming new partnerships, SponsorPay has expanded its US team in San Francisco, Los Angeles and New York to 15. New hires include Google and Mojiva alumnus Tim Kelly as VP Mobile Advertising and Shawnee Swarengin, formerly at RockYou and Demand Media, as Senior Sales Director.

The company’s global team strength is now at more than 140 and recruiting efforts show no signs of abating. “Attracting the industry’s top talent continues to be at the forefront of our priorities,” remarked Projjol Banerjea, VP Marketing & Talent.
Posted by Editor in Chief at 12:22