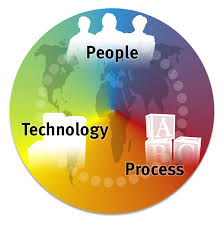 A substantial number of Irish organisations are putting their business operations at risk by failing to invest in IT disaster recovery planning, according to the results of a survey released today by leading IT services supplier, MJ Flood Technology.

The research into data management practices reveals that 40 per cent of organisations have no documented IT disaster recovery plan to deal with unforeseen events such as fire, flood or theft, which could negatively impact the delivery of critical systems and applications used to run their business.

A failure by 44 per cent of organisations to invest in appropriate disaster recovery systems coupled with poor practice in data backup is placing business operations at serious risk.
This is confirmed by the fact that almost one quarter of those questioned said they would require more than four business days to reinstate their systems following an unforeseen event.

“Many organisations, particularly smaller ones are hanging by a thread in terms of protecting their mission-critical business data,” warns Fergal Hennigan, business development manager with MJ Flood Technology.  “Research conducted by us since 2008 reveals a consistent failure by senior management to recognise the acute financial, reputational and commercial risks for businesses that cannot retrieve and recover data.  Data is the lifeblood of the digital age and should be afforded the robust protection it deserves with proper planning and adequate financial investment,” he says.

Almost one quarter (24 per cent) of organisations said that business data held at branch or remote offices is not backed up while 22 per cent admit that backup tapes or disks are not always removed off site according to best practice.  Backup verification, or the process to ensure that all files in the backup are readable and can be restored, is also neglected by some. 21 per cent of respondents admit that these data integrity checks are only performed every six months.

Data loss also appears to be growing in frequency with 21 per cent of respondents confirming a serious incident in the previous 12 months, up from 13 per cent in 2011.  45 per cent acknowledge problems when recovering data, an increase of four per cent on 2011.

“The vast majority of IT professionals have never calculated the hourly cost of operational downtime,” according to Hennigan.  “As a result, many prioritise IT spending for projects with higher perceived priority and a more demonstrable return on investment. It is encouraging though that over half of respondents (56 per cent) indicated some form of IT spend on backup in the past year.  25 per cent signal an increase in that spend in 2013.”

The research was conducted online during December 2012 and sought opinion from IT professionals across a wide range of industry sectors including financial services, insurance, manufacturing, food, utilities and public sector.

MJ Flood Technology is CA’s only Platinum Partner in Ireland, the highest level of accreditation possible in the CA partner program.  This accreditation recognises MJ Flood Technology’s expertise in designing and deploying CA’s suite of innovative data protection products with its own professional services to unify and simplify complex IT environments to promote more secure data management.
Posted by Editor in Chief at 09:51