Following on from the success of the launch of Bookeen’s e-readers by Thalia in Germany, Switzerland and Austria during Christmas 2012, the leading German Bookstore has decided to enhance its e-reader solution by adding a cloud solution powered by Deutsche Telekom.

Bookeen has been working since summer 2012 to link and connect all the Cybooks sold by Thalia to this new cloud solution. This set up offers new features helping to synchronise customers' content within Thalia's ecosystem.

Thanks to the partnership between Bookeen and Thalia, Thalia is a leader in the German digital eBook industry. As a result of its partnership with Thalia, Bookeen has contributed to making e-reading become a mainstream technology in Germany.

Dr Bernhard Mischke, Thalia Director Digital and Mobile says: "Our collaboration with Bookeen enabled us to offer our customers eReading devices of high quality. The eReader “Cybook Odyssey HD FrontLight”, for example, has been a great success, especially throughout the Christmas season. Therefore, we plan to continue our cooperation as well as improving the current range of products."

Michael Dahan, Bookeen CEO says: “We are delighted to be continuing our work with prestigious partners as such as Thalia and Deutsche Telekom for their e-reader solution. Since we announced our partnership with Thalia last summer, we have seen a significant success in sales of the Cybook Odyssey HD FrontLight sold by Thalia. This demonstrates that there is a strong market for e-reading in Germany and we are still continuing to position Bookeen as one of the industry leaders in Europe.” 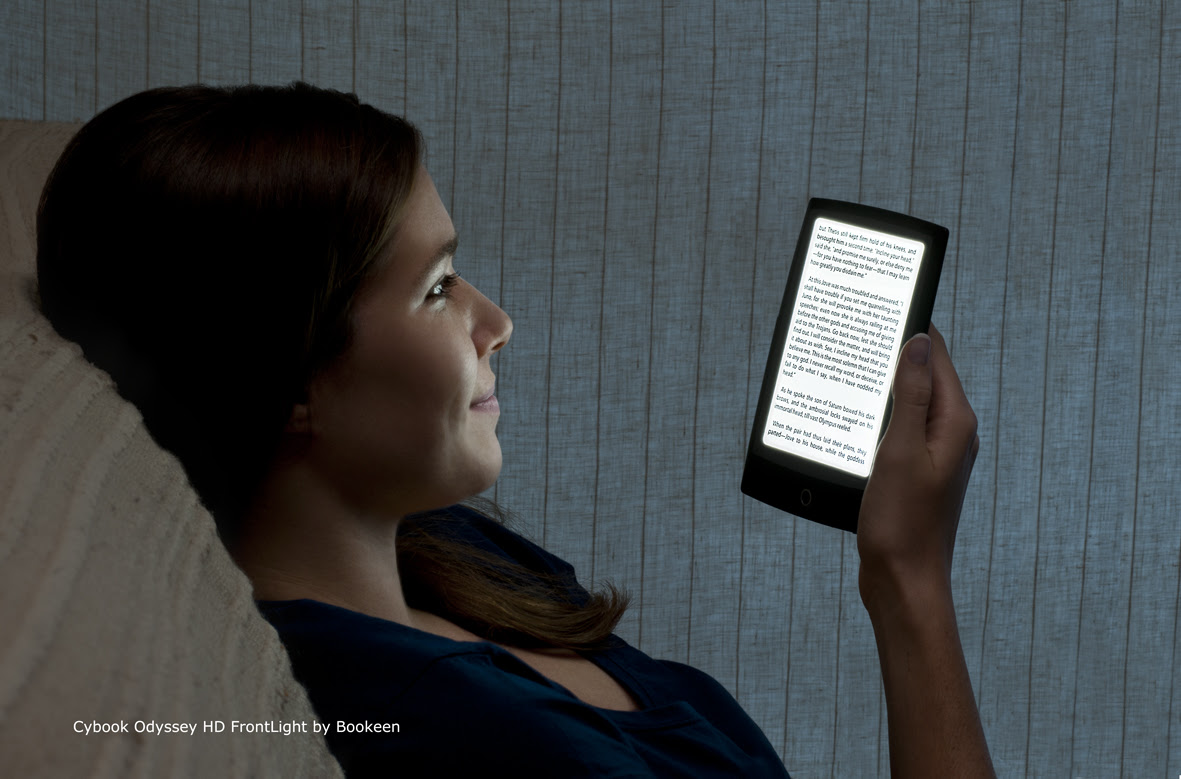 To continue the collaboration, Bookeen is managing everyday actions on Thalia/Cybook devices (new features thru OTA updates…) and working with Thalia's team on a future common project for an innovative and premium reading solution to be announced later on this year.
Posted by Editor in Chief at 18:06