Calls for a level playing field for crowdfunding in Europe 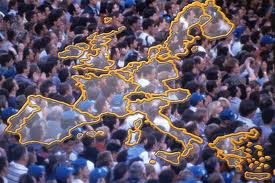 As the European banking sector continues to focus on rebuilding their balance sheets following the financial crisis, Crowdfunding is increasingly being seen as one alternative solution for businesses to get access to funding.  The Crowdfunding industry is however keen to see a degree of regulation to provide protection and confidence to everyone involved.

Irish billionaire, Dermot Desmond  speaking at the National College of Ireland in ISFC on friday outlined how a type of Crowd Funding could be part of the solution to the lack of available finance for start ups and expanding business in Ireland.  His suggestion is that the established systems were savers deposit savings in a bank and the bank then lend to businesses is no longer working.  He advocated a process were investors would lend or invest directly into the business.  This idea was first suggested in Ireland in the 2013 Action Plan for Jobs which was published in February.  In it, Michael Noonan the Finance Minister stated that they would be exploring crowd funding, peer to peer lending and other options with their European counterpoints.

Carlos Silva from Seedrs echoed this desire for a European wide regulatory framework for crowd funding.  Seedrs is one of the first UK based regulated equity crowd funding platforms who have helped 25 start ups raise £1m in the past 10 months.  Speaking at the Global Accelerator Summit, which brought together members of the start up, and tech communities from throughout Europe, he explained that they have directly engaged with governments in Portugal, Italy and the EU.
It's his opinion that there should be regulation to give confidence to both the companies fund raising and investors.  European Crowd Funding Network and the UK Crowdfunding Association have championed this goal of a better-regulated market also.

The regulatory position in Europe is overshadowed by the USA.  Congress has passed the Jobs Act in 2012 that opened the door for the SEC to regulate crowdfunding, however the speed they are taking has disappointed many in the sector.  The EU and other national financial service authorities will be watching with interest so they can replicate the rules.  In Italy they are already in the process of doing this and in Portugal laws are also being drafted at the minute.  In the UK the Relendex real estate crowdfunding platform has decided to set up in Guernsey to give more flexibility until the Financial Services Authority make the rules clearer.

Carlos Silva however made the point that there are already rules in place for collective investments, company share ownership and SEIS/ EIS schemes that crowdfunding platforms can work within, as Seedrs and Crowd Cube have shown.
Posted by Unknown at 21:09