Is wearable tech the future ? 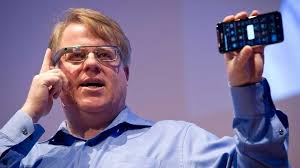 With smartphones, tablets and other mobile devices already becoming prevalent in today’s society, consumer tech companies are already stepping up their game when it comes to providing new innovative products. That innovation could be coming to your sock drawer. Well, maybe not your sock drawer, but your wrist, eyeglasses and closet.

Wearable tech has finally begun to reach critical mass and could be one of the hottest trends in the sector for years to come. For investors, getting in on the market’s early adopters could lead to profits.

A Set-up From Calculator Watches

Remember Casio’s (OTCBB:CSIOY) “smartwatches” from the early-1980s? This early foray into wearable tech was basically a glorified calculator that could also tell time and depending on the model, track a few notes. Well, times in the wearable tech sector have certainly changed. Today, the category is defined as any products that are worn on an individual’s body for an extended period of time and is significantly designed to enhance the user’s experience. So far, new wearable technology can be found into four different categories- fitness, healthcare and medical, industrial and military, and infotainment.


More importantly, with such innovative heavy-weights like Apple (NASDAQ:AAPL) and Google (NASDAQ:GOOG) now taking aim at the market segment, the technology quotient has knocked into the stratosphere. Featuring super-fast semiconductors, touch screens and Bluetooth connect-ability, a variety of wearable tech products have launched and have resonated with consumers. According to research conducted by IHS (NYSE:IHS), more than 14 million wearable technology devices were estimated to have been shipped in 2011.


However, that’s just a drop in the bucket in terms of the sectors long term potential.

According to IHS, the product segment- which features everything from augmented reality glasses to smartwatches- is on the fast track with growth and will likely see shipments surge by more than 550% from 2011 to 2016. Overall, the research group estimates that 171 million wearable tech devices will ship in 2016. That echoes other analysts’ projections with wearable tech becoming a $1.5 billion market by next year.

The Apple iWatch - Is It About Time?

So far the market has seen a vast variety of firms take on wearable tech. For example, classic electronic firms like Sony (NYSE:SNE) have unveiled new wearable products. However, so has sports apparel firm Nike (NYSE:NKE). For investors, finding a winner in the space isn’t so much about finding who has the hottest device, but makes all the internal components and wins no matter what.

One potential winner could be Corning (NYSE:GLW). Already, the firm’s super-strong Gorilla Glass is used in an assortment of LCD TVs, smartphones and tablets and has quickly become the industry standard. For wearable tech Corning has developed its new Willow Glass product. This type of glass is so thin and strong, it actually can be bent as easily as a piece of paper. That makes it perfect for a variety of wearable applications such as Apple’s rumored iWatch.

Another big winner could be Freescale Semiconductor (NYSE:FSL). The company’s latest design features a 32-bit processor, flash memory, RAM, a clock, I/O control unit and other components. While that may sound like standard semiconductor-fare at this point, the impressive thing is that it is measures only 1.9 by 2 millimeters. Already, Freescale’s chips are found in a variety of popular wearable tech devices. This miniaturization will only help strengthen its position further. This trend will also benefit ARM Holdings (NASDAQ:ARMH).

Another potential winner could be touch pad/screen maker Synaptics (NASDAQ:SYNA). Already, the firm’s products can be found in a variety of PC, Laptop and mobile applications. Making the leap to adding these touch sensitive devices to wearable tech isn’t that crazy of a stretch. While it currently hasn’t announced any wearable tech deals or partnerships, the potential for Synaptics to grow in the space is pretty good give its history.

While it used to be considered science fiction, wearable technology is quickly becoming science fact. Consumer adoption of the devices is growing and more and more electronics firms are jumping in on the bandwagon.
Posted by Unknown at 20:55