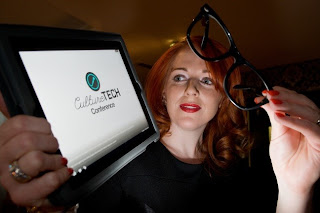 (June 17, 2013 - Derry/Londonderry) CultureTECH, the week-long festival of digital culture and technologies taking place in Derry-Londonderry this September, has today released a limited number of Early Bird festival passes on a “Pay What It’s Worth” basis, ahead of their full programme launch on July 9

The limited “Pay What It’s Worth” ticket includes access to over 150 events across the week, including the
CultureTECH conference, a full week of workshops, music events, film screenings, arts exhibitions and even a free CultureTECH t-shirt.

Festival Director, Mark Nagurski explained the decision to allow people to set their own ticket price: “We'll be launching the full festival programme on July 9 to the website. The idea of the “Pay What It's Worth Ticket” is partly about making the festival accessible to everyone and partly an experiment.”

“The full ticket price after July 9 know that many people will simply want to come for a day or two and this is the perfect way for them to judge what that's worth to them. We also want to make sure that anyone, no matter what their budget, can come and get involved in the festival.”

The festival, now in its second year, is the largest digital media and technology event in Northern Ireland and
expects to attract an estimated 1500 conference delegates and a total audience of some 30,000 across the
week.

Elements of the programme already announced include the main conference on Wednesday, September 11
the Belfast Media Festival, the DANI Awards at St. Columb’s Hall and a 3-day video games tournament and expo. Further events include dozens of music events, theatrical performances, art exhibitions and a week-long schools programme in partnership with Seagate.

The “Pay What It’s Worth” Early Bird ticket is now available for a limited period via the website at
www.culturetech.co before the full programme release on July 9th.