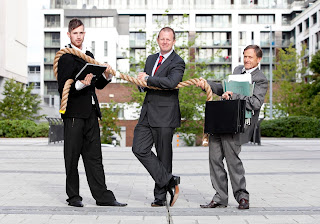 Irish SME’s reliance on the ‘have a go’ accidental IT manager not only risks its IT security, it can also alienate staff.

The research from Microsoft Ireland has shown that Irish SMB’s reliance on accidental IT managers, people who find themselves having to manage IT issues, but are not qualified (or part of their job) is proving divisive within Irish SMBs.

The research showed that two-thirds of people in small organisations (66%) in Ireland say they do not have any employees dedicated to manage their IT. In these organisations, the role of IT decision maker is often filled by senior management (this is the case for 74% of those with no dedicated IT manager. When an IT issue arises, employees in organisations with no IT manager most commonly seek external help from IT professionals (76%), or rely on internal specialists – 55% say they themselves take the lead, and 53% say another technologically minded staff member does so.  They also commonly take measures that consumer IT users might do, such as seeking help from friends (54%) and searching the internet for possible solutions (48%).

Ironically, three-quarters of those in organisations with no dedicated IT manager agree that IT plays critical role in their organisation’s success.

The Accidental IT Manager vs The Employees
SMB owners may believe this saves money, but this short term gain could lead to long term problems within the organisation. The research revealed:
·         56% of staff reported being frustrated by Accidental IT Managers.
·         Employees under 35 years are the most likely to be frustrated dealing with the Accidental IT manager.
·         When it came to solving IT issues in organisations without IT support, 40% of men and women under the age of 35 years responded they would be happy to occasionally assist, but dislike being asked to help as 20% felt it interfered with their job.

The most likely Accidental IT Manager is most likely male, over 35 years old, and in senior positions. He is also the one most likely to be asked to help solve IT issues or drafted into being IT support.

“The Accidental IT Manager is a thankless task. There is a big difference between helping out on small IT issues, versus having to manage an IT infrastructure which they are not equipped for,” said Martin Cullen Director, Small & Medium Sized & Partner Business, Microsoft Ireland (SMS&P). “Time spent fire fighting means loss of productivity, by not being able to get on with what they do best, innovating and growing their business instead of wasting valuable time on checking updates, licences and other non-productive IT issues.  Cloud Services which are updated and supported automatically by Microsoft such as Office 365, CRM Online and Lync take the worry out of investing in and maintaining a costly IT Infrastructure, and enables the focus to be placed on competing and growing their business. Microsoft Cloud Services also level the playing pitch for SMEs giving them enterprise class tools to compete with the bigger competitors, which Accidental IT Managers could undermine.”

36% of Irish Businesses are likely to shift more of their IT spending to cloud solutions in the next year. The top three issues in organisation’s decision to use cloud solutions were data security (90%) work continuity in case of disasters (88%) and user-friendliness (88%).

“Our most important resource is time,” said Paul Switzer, Finance and ICT Manager, KARE.  “We always want to be better at helping our service users.   Every extra minute spent due to old technology, and every added cost, takes valuable time away from our staff who are passionate and believe strongly that their time and resources are best spent in the communities they serve with the people who need them most.  By moving to Office 365, SharePoint and adopting easy to use Cloud technology, accessing the information and data our staff need is much easier.  We are now able to work and share critical information we need, anywhere and anytime we need it,” added Paul Switzer.

Those using cloud computing in their organisations are more likely than others to be planning a number of expansion activities in the next 3-6 months and:

Cloud users are also more likely than others to see the value of remote working. Half of those using cloud computing say that it will be important for their organisation to offer employees remote or mobile working capabilities in the future (52%, compared to 36% among non-users).