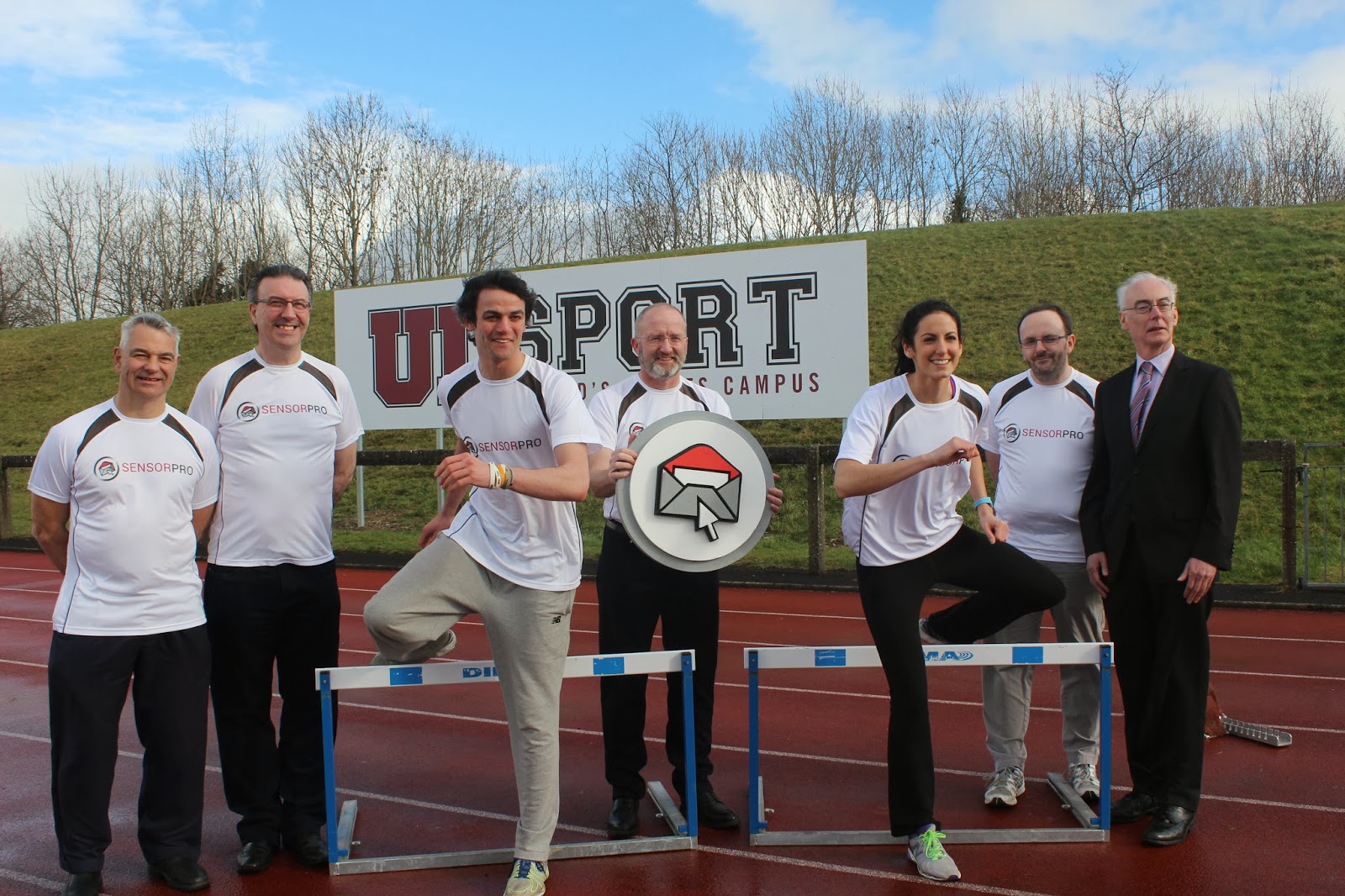 SENSORPRO, the marketing automation platform trusted by brands and preferred by agencies, today announced their sponsorship of Olympic hopefuls Thomas and Jessie BARR. Thomas holds three National Senior titles and Jessie was a member of the 4x400m relay team in the London 2012 Olympic Games.

Both compete in the 400m Hurdles category and are training for the World championships and Rio 2016. “We don’t aim for half measures” said Jesse BARR “we plan to rank amongst our top competitors on the world stage” Jessie is doing a Masters in Sport Psychology at the University of the West of England (UWE) having graduated from University of Limerick . She is training under the tutelage of Malcolm Arnold OBE, the National Event Coach for Hurdles and Senior Performance Coach for UK Athletics. He has attended 11 Olympic Games with more than 65 major medals over a 44 year coaching career. Thomas is studying Mechanical Engineering at the University of Limerick and trains under the guidance of Dr Drew Harrison enabling him to rise up the ranks to international level. Drew is an IAAF Elite Athletics Coach and has coached athletes at World and Olympic Games.

“We are honoured to support Thomas and Jessie on the road to Rio 2016” said Chris Byrne CEO of SENSORPRO “Their leadership and tenacity are exemplary of the modern Irish". Chris graduated from the University of Limerick in 1985 with a BSc in Applied Mathematics. He sold his previous Electronic payments software ﬁrm for $60m and went on to establish the R&D HQ for SENSORPRO which is based in the Silicon Park next to the University campus. SENSORPRO is trusted by leading brands for messaging and feedback that include Brown Thomas, An Post, WD-40, Dell, Container Stores, Paypal Media Network, and United Airlines.