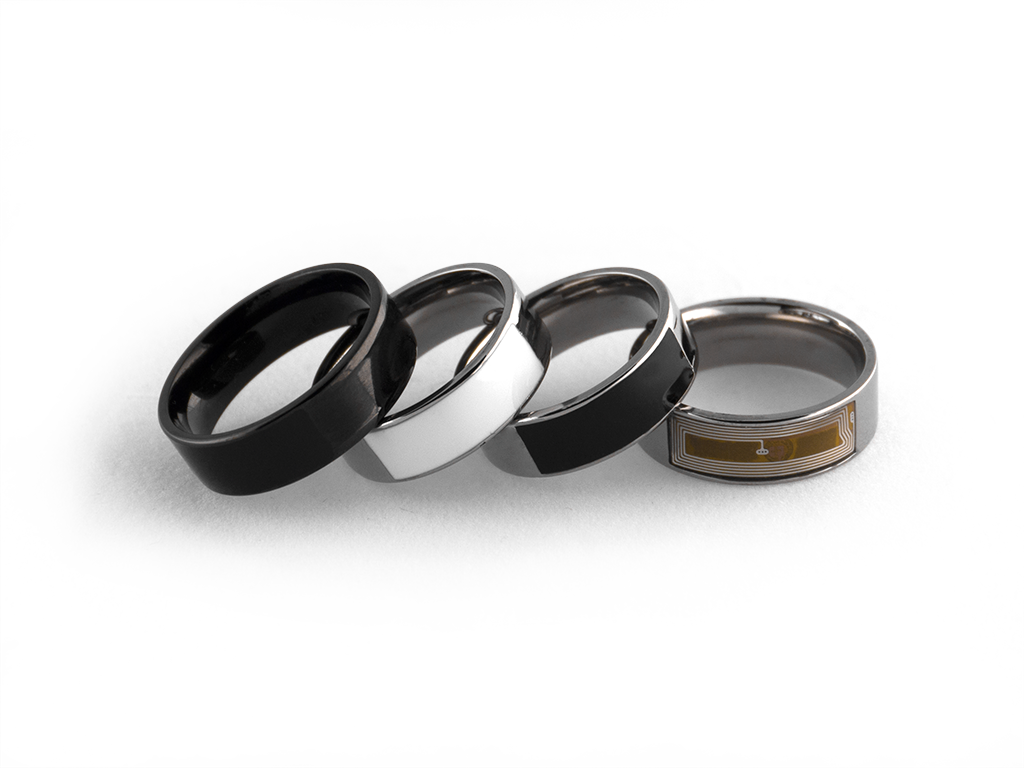 Following its goal-breaking Kickstarter crowd-funding success, public pre-orders for the NFC Ring are now open. Pricing is set to start at £29.99 for the Classic.

The NFC Ring is the world's first gesture-based near-field communication implementation, and one of the most compact wearable computing devices available. Designed to address the real-world requirements of rapid information sharing and security with the fashion of the world of jewellery, the NFC Ring is capable of automating tasks from unlocking a door or starting a car engine, to sharing contact details with nothing more than a wave of the wearer's hand.

Launched on the crowd-funding site Kickstarter in June 2013, the NFC Ring easily exceeded its initial £30,000 goal thanks to incredible interest from consumers eager to make better use of the NFC capabilities already present in their smartphones, tablets and laptops. By the close of the month-long funding run in mid-August, eager customers had placed almost £242,000 in pre-orders for the wearable devices.

Now, the NFC Ring is to open pre-orders for the general public. On the 11th of March, buyers world-wide will be able to place orders for multiple models of NFC Ring on the official web store. Three models, first seen as reward tiers on Kickstarter will be available at launch.

The classic NFC Ring is priced at $49, and features a slim design for almost any hand size. Those with larger hands can opt for the Alpha NFC Ring, a thicker design described laughingly by its designer John McLear as being "for those who like to wrestle bears on their days off." Finally, the Stealth Bomber NFC Ring features a black metal band with black lower and upper NFC inlay covers is priced at $59.

"We're so grateful to our Kickstarter backers for their support of our project," said NFC Ring co-founder and inventor John McLear, "and thrilled that we can finally offer the NFC Ring to those who missed out on our month-long funding run."

Ever since the project was successfully funded, it has continued to gain media attention for its creators John McLear and Matt Mullenweg. The NFC Ring has featured on the BBC's technology magazine show Click and TV news broadcast Look North, MSN's Innovation video show, and has enjoyed positive feedback from publications including Fast Company, TechCrunch, PCMag.com, Mashable, The Verge, Gizmag and many others.

Order here at: www.nfcring.com
Posted by Unknown at 17:23