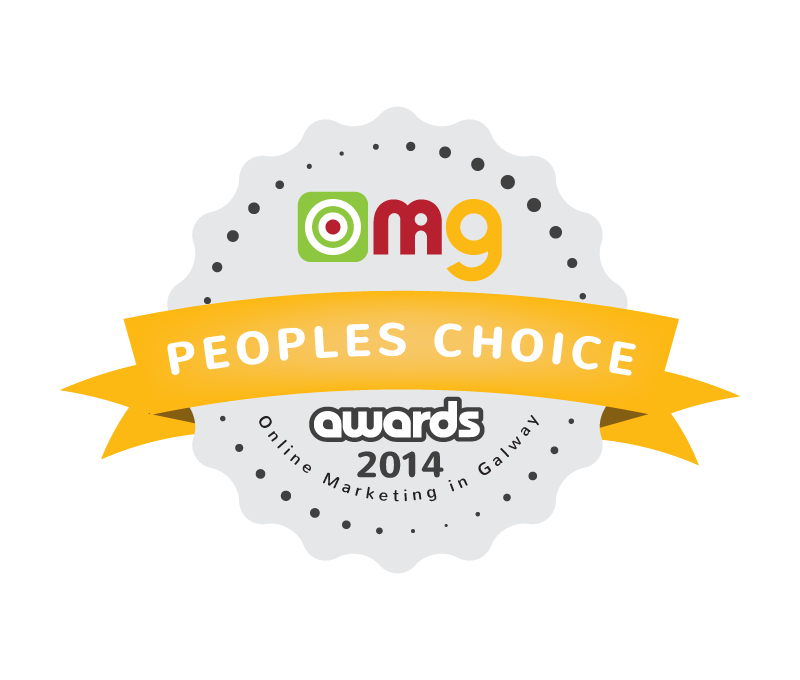 The Digital Marketing Awards in Galway are delighted to have received nearly 200 registrations for its’ award categories. The first round of voting for the People’s Choice Award worth €5000 has also commenced.


The Digital Marketing Awards which take place on Tuesday April, 22nd at the Town Hall Theatre are delighted with the huge response that they have gotten from businesses in the city and county. Nearly 200 businesses have registered for the Awards categories, which include Best Website, Best Blog and Best Social Media. The Awards will showcase the leading companies in Galway with a strong online presence. Businesses will vie for the whooping €25,000 prize fund on the night. Industry experts from all over Ireland will be busy over the coming weeks judging the finalists.


The first round of nominations for the People’s Choice Award has now opened. The people of Galway are being asked to choose a business from the list of nominations, that they think deserves to scoop the prize worth €5000. One vote per person is allowed and voting can be done via http://www.galwaymarketing.ie/awards/peoples-choice/. After Friday, March 28th, the first round will close and 10 finalists will be chosen. Then a second round of voting will commence until April 18th. The winner will then be announced on the night of the Awards. The bumper prize includes;


Don’t miss out on the chance to attend this amazing new event for Galway city which is being held in aid of the Galway Hospice. Tickets are priced at just €5 and are currently on sale at http://www.galwaymarketing.ie/event-bookings/. The event so far has attracted huge publicity and is expected to sell out. It is the first digital Marketing Awards for Galway and the city is very excited. Some of the most high profile names on the digital scene in Ireland will be attending including John Lamphiere, Regional Director of Facebook who is on the guest judge panel.


The group of volunteers, headed by Maricka Burke-Keogh, behind the Awards are busy planning more exciting announcements over the coming weeks. The event is kindly sponsored by the Connacht Tribune and Galway City and County Enterprise Board. For more information, contact info@galwaymarketing.ie or call (091) 442908
Posted by Unknown at 06:32