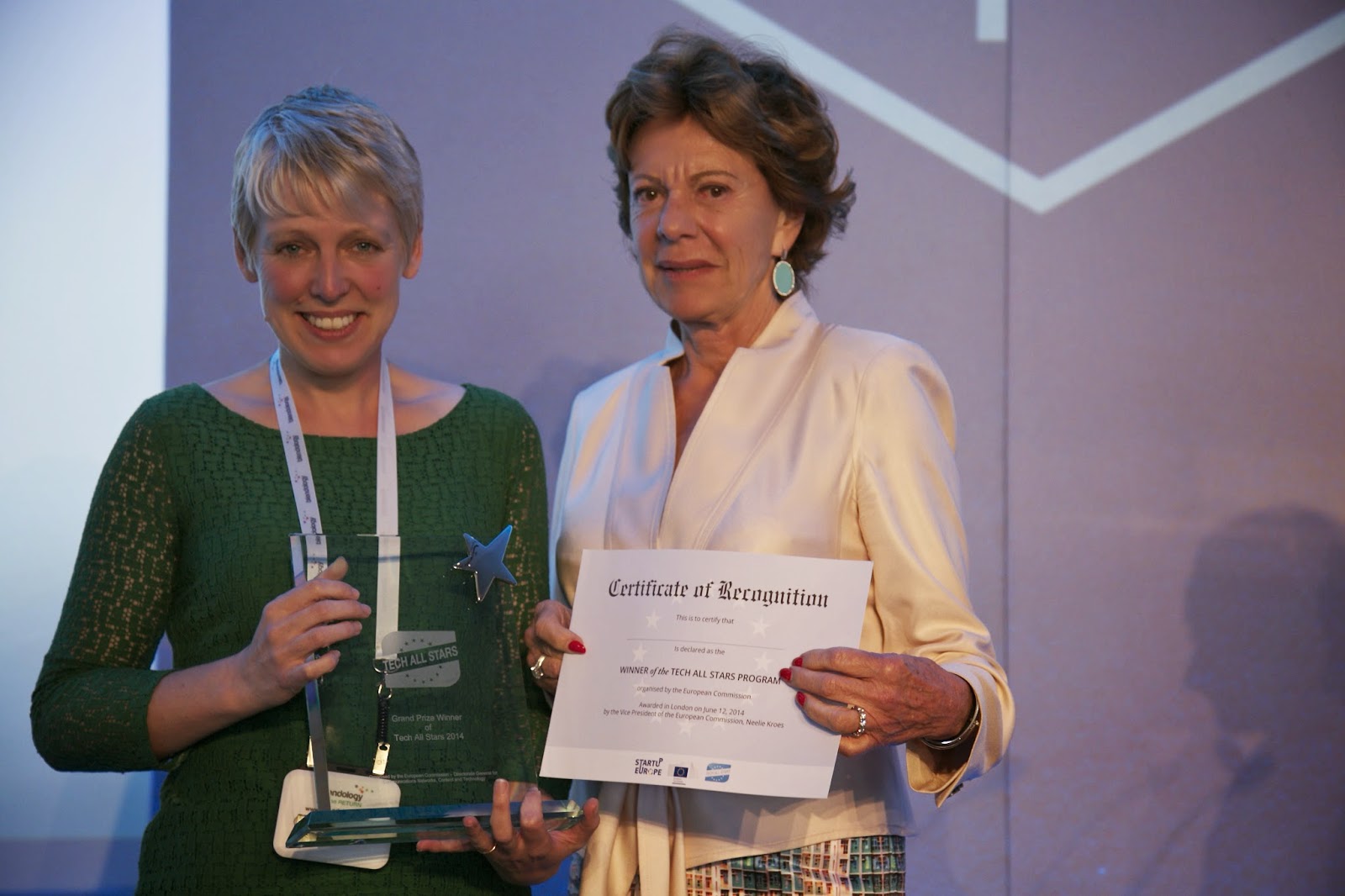 The intelligent returns software for e-commerce retailers Clear Returns has just won Tech All Stars 2014. Founded in 2012 in the United Kingdom, the winner Clear Returns offers a cloud-based software designed to minimise returns and increase profits for online and multichannel retailers. Beating hundreds of applicants from around the European Union, CEO Victoria Brock pitched to the Founders Forum audience on her range of smart cloud-based solutions. Brock proudly explained “It’s a critical time in the growth of our business and the competition has been invaluable in helping us get to the next stage in our startup journey.” Brock, one of the “top 9 tech CEOs to watch” by Forbes and Bloomberg is the first female to win the competition, now in its third edition.

The European Commission's vice-president Neelie Kroes introduced the competition by urging the backing of Europe's young startups "Europe has the talent. It needs founders like you to believe it. It's you who can come up with the good ideas and shake it all up. Start forging tomorrow's economy. Create the jobs. Change the world. Because that's what startups and entrepreneurs do." Neelie Kroes stressed “we don't need a Silicon Valley, we have our own (...) we have a few dozen ‘Valleys’ spread all over Europe, we have Startup Europe. We have so many ambitious young men and women who are innovative and creative…the app economy in Europe is booming like hell.”

Pitching alongside Victoria was CEO Michael van der Jagt from Parx Plastics and CEO Haje Kamps from Triggertrap. Michael from the Netherlands pitched his innovative biocompatible technology to make antibacterial plastics. About Tech All Stars, van der Jagt exclaims “this is great recognition for our team and technology. We just launched after years of hard work and research and to receive such support from the EU is simply amazing.”

Haje Kamps from Triggertrap from the UK based startup sold the audience on their awesome iOS and Android tools and apps for photographers. “Being part of Tech All Stars was awesome," says Kamps, “We’re opening up a new round of funding, and the exposure we received - not to mention the VCs we were pitching to - were a godsend.”