200 Irish Jobs Over 3 years, as RECOSI Sets up In Ireland 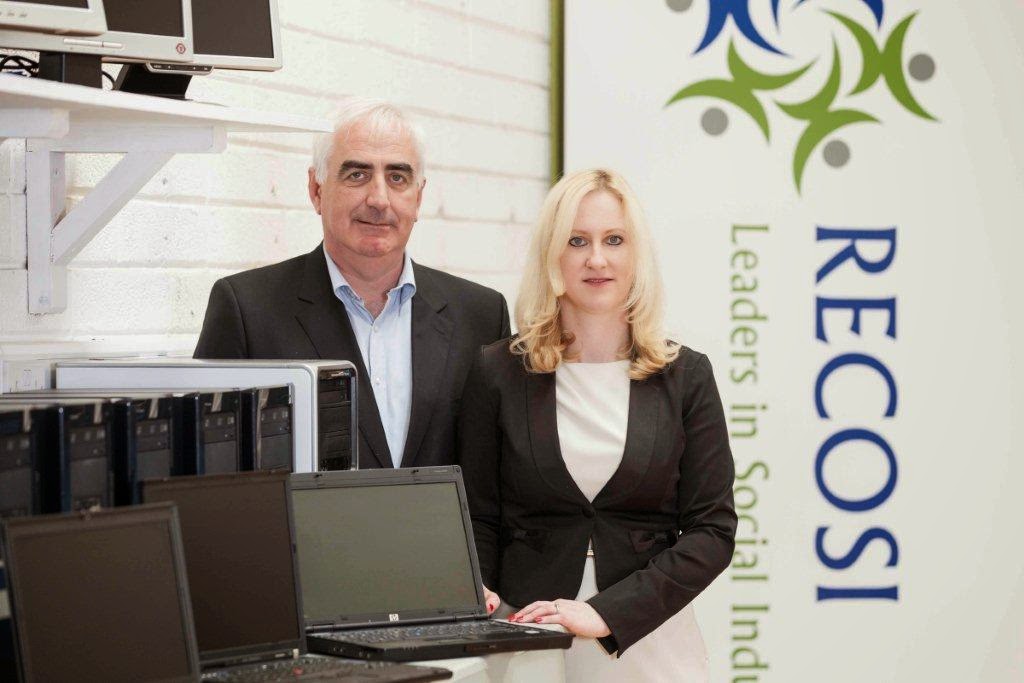 RECOSI (Regional and European Co-Operative for Social Industry), a new company tasked with the refurbishment and reuse of IT and electronic equipment, has been set up in Ireland. Within the first three years, RECOSI and its partners hope to employ over 200 people in Ireland alone and to roll its services out across Europe. (RECOSI will directly employ up to 20 people in its first year and its Irish partners will employ up to 180 over the next three years.) RECOSI’s first Irish partner, The Green Emporium, will open its first reuse centre in September in Newbridge Co.Kildare, with the creation of 10 jobs which it hopes to increase to 30 within its first year.

Commenting on the announcement today, Martin Reddy CEO RECOSI said that “RECOSI has been set up to divert IT and electrical goods from being recycled, to being reused in a proper professional, controlled way and in this way to generate employment. Irish people divert thousands of tonnes of WEEE to be recycled every year, a percentage of which is perfectly usable and could be reused again if properly refurbished, tested and licenced. Our initial target of 5% of all WEEE being refurbished and reused will bring over 200 jobs to Ireland in the next 3 years, and thousands of computers, TV’s and white and brown goods will be refurbished and sold at a reasonable price to those in need of good value IT and electronic equipment.

For the reuse and refurbishment of IT equipment such as laptops and PC’s, RECOSI has signed a software licencing deal with Microsoft,through their registered refurbished scheme, to supply licences for all PC’s and laptops that it sells. RECOSI has also partnered with a leading data destruction company to ensure that all software and data is wiped from each device. For the rest of the electronic goods, each item will undergo a strict process of refurbishment and will be guaranteed for a minimum of six months under the PAS141 standard and will be labelled as “Refurbished by RECOSI”, giving consumers a certified guarantee and peace of mind.

Social enterprise schemes throughout Europe will benefit greatly and in turn will create hundreds of jobs. RECOSI has developed a European-wide network under the RECOSI banner which will be supported by partners throughout Europe. In Ireland the Green Emporium is set to become RECOSI’s first Irish partner. It will open its first reuse centre in Newbridge Co Kildare in September with the creation of up to 30 jobs within its first year. In each country RECOSI will partner with various resellers such as charity shop networks and other outlets to sell RECOSI’s refurbished, licenced and guaranteed electrical goods.
Posted by Editor in Chief at 09:34