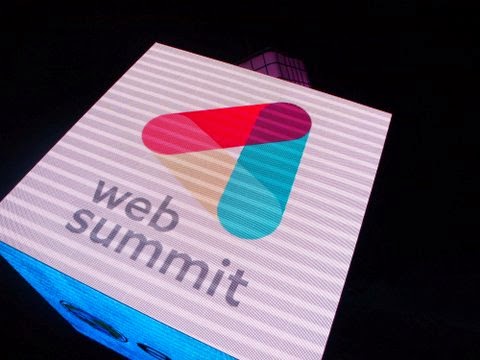 Europe’s Largest Tech Event, the Web Summit is set to kick off tomorrow bringing over €100m to the Irish economy using figures supplied by Failte Ireland.

This year Web Summit will host nearly 22,000 attendees from 109 countries with over 2,000 startups exhibiting, 700 investors and 1,300 journalists attending the event.

As Europe’s largest technology festival, Dublin will be taken over by Web Summit with 86% of guests attending coming from overseas, 87 venues are being used across the city and some 13,000 hotel rooms and B&B’s have been booked.

This year the Web Summit will hold 9 stages and one cinema with centre stage holding 4,500 people. It will bring together first class speakers such as Peter Thiel, the founder of Paypal and the first investor in Facebook, Drew Houston, the founder and CEO of Dropbox, Eva Longoria, actress and entrepreneur and many more to Dublin for this three-day event.

Web Summit will have many highlights including the NASDAQ being opened for the second consecutive year on centre stage by Taoiseach Enda Kenny and Founder of Web Summit, Paddy Cosgrave.


Another highlight of the event is the Food Summit which is being run with Good Food Ireland and will feed 50,500 people over the three days with 432,000 tastings of Irish meat and 480,000 grams of Irish dairy desserts being used.

Speaking about the Web Summit, An Taoiseach Enda Kenny said:

“The Web Summit fittingly represents the vibrancy of the tech sector in Ireland. The Government is determined to secure the country's economic recovery by supporting the creation of jobs and one of the ways we will meet that challenge is by continuing to build on Ireland's success as a digital hub.” He also spoke about the opening of the NASDAQ “I’m delighted to be ringing the opening bell for the NASDAQ during the truly unique event that is the Web Summit.”

Speaking ahead of the event John Concannon, Director of Market Development Failté Ireland for “Not only does it bring in great business for Dublin but it does much more for Brand Dublin and Brand Ireland. It presents Ireland as an innovative and creative place to visit and do business. The press it brings is unparalleled.”

Last year the top 25 startups exhibiting at the Web Summit raised over $400m after attending the evnet. Companies such as Qualtrics, Dropbox, Nordeus, Squarespace and Zendesk have set up bases in Ireland following their first appearances. Smart-home pioneers Smartthings won the events startup award the ESB Spark of Genius Award in 2012 and went on to be acquired by Samsung for $200million this past summer.

Their company CEO and founder Alex Hawkinson spoke of the influence the Web Summit was early on in their journey and getting their first investment at the event,“we didn’t go to Dublin with the intent of getting a cheque at all, the goal was simply to learn from the startup system and help people understand Smartthings. During the course of the conference we met seed investors and through casual conversations they sought us out to talk more.”

Barry O’Dowd of the IDA said that credited the Web Summit in aiding their work in attracting companies to set up in Ireland, “'Since it's inception IDA Ireland has worked closely with and has felt a part of the growth of the Web Summit.

The relationship has been mutually beneficial and there is no doubt that the Web Summit has helped put Ireland on the international stage. IDA has developed numerous long standing relationships as a result and many of these have successfully invested in Ireland.

Branding and marketing expert Noel Toolan said, “It’s not just the quantity of speakers and journalists the Web Summit attracts – it’s the quality. You can buy people to come over to things like Obama’s visit or the Olympics. You can’t buy the Web Summit. It’s an indigenous company that’s been built from the ground up in Ireland on the international stage.”

Anna Scally, Partner KPMG said, “We were the Web Summit’s first partner. I met Paddy for coffee and he pitched me an idea for what eventually became the Web Summit. The first event they had was 500 people and the buzz was incredible. The appetite was huge for the event and it’s just gone from strength-strength. Paddy’s built a strong team and a world class event and now it’s not just a KPMG Ireland event, it’s a KPMG Global event – we have people and partners coming in from China, Brazil and London.”
Posted by Editor in Chief at 09:27