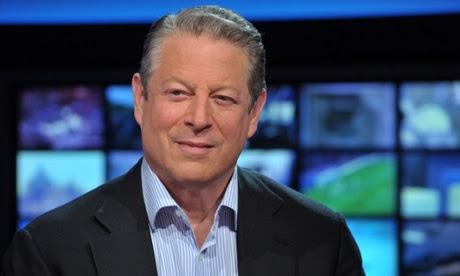 Al Gore will be demanding action on climate change this week.Photograph: Rex

Last year was the warmest on record, and climate change will be high on the agenda during the first full day of events in Davos.

Al Gore, the former vice-president of the US, who has described climate change as “the biggest challenge our civilisation faces”, is taking centre stage alongside Pharrell Williams, the pop star who sang “Happy” but who is appearing as creative director of Bionic Yarn, a company that turns fibres from recycled plastic into durable textiles.

Gore is participating in other events looking at how business should respond to climate change, alongside Lord Stern, president of the British Academy, and speakers from the insurance company Axa.

Other events covering this topic include “Building for the Storm”, asking how governments should respond to climate change. Another session will look at how a comprehensive global climate deal can be achieved.
Political instability Conflict is the number-one issue for the political and business elite this year. The rise of Islamic State has awoken fears over failures of national governance and the collapse of nation states.

The Ukraine crisis is a reminder that “long-forgotten” disputes can flare back into life, the World Economic Foundation says, with widespread consequences for a whole region. Petro Poroshenko, president of Ukraine, will be looking for support as his country risks defaulting on its debts.

Poroshenko should get support from George Soros, the billionaire investor and philanthropist, who is pushing European governments to offer Kiev more help. He will be lobbying the likes of Germany’s Angela Merkel, France’s François Hollande and Italy’s Matteo Renzi.

The terror attacks in France this month will also be debated, just days after many heads of government marched in Paris. On Wednesday, the former UK prime minister Tony Blair will take part in a session examining whether religion is a pretext for conflict.
Pandemics 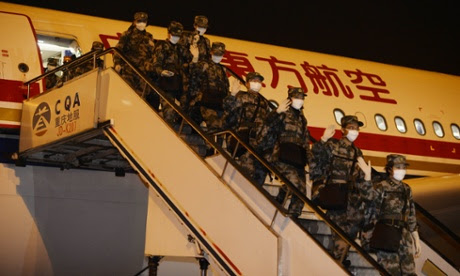 A medical team sent by China to Liberia to assist in the fight against Ebola arrives back at Chongqing Jiangbei International airport. Photograph: ChinaFotoPress/Getty Images

Global authorities were slow, at least initially, to respond to the Ebola outbreak and provide resources to the countries affected, according to the organisers at Davos. So what lessons can we learn?

Panellists discussing the subject include Kofi Annan, former secretary general of the UN, as well as Margaret Chan, director general of the World Health Organisation. Alpha Condé, the president of Guinea, who has faced accusations of being initially slow to respond to Ebola, is also speaking. 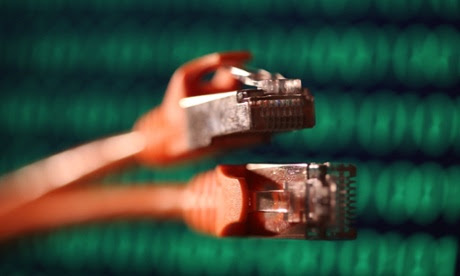 Cyber-security will be high on the agenda at Davos. Photograph: Oliver Berg/DPA/Corbis

Sir Tim Berners-Lee, the inventor of the world wide web, is among those speaking on the topic of “In Tech We Trust”. Eric Schmidt, the boss of Google, is one of this year’s co-chairs while Sheryl Sandberg of Facebook and Satya Nadella of Microsoft will also be involved in a debate on the future of the digital economy.

Cyber-security should be high on the agenda too, following David Cameron’s controversial suggestion that governments should be given access to encrypted data. 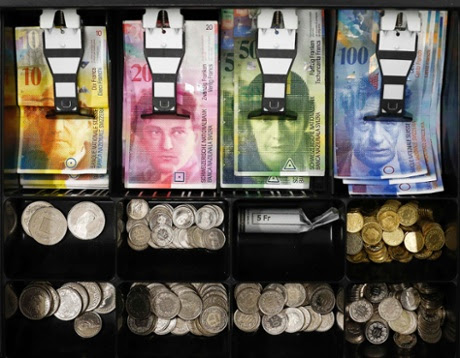 World markets were rocked after the Swiss National Bank dropped its ceiling on the Swiss franc, making a Davos trip even more expensive. Photograph: Thomas Hodel/Reuters

Central banks will be a major topic of conversation in the meeting rooms, coffee shops and bars of Davos this week, as monetary policy in Europe and the US continues to diverge and inflation falls across the global economy.

The shock abolition of Switzerland’s currency gap last week has left many financial firms nursing losses, and reminded us all that 2015 could be a turbulent year in the markets. Thomas Jordan, the Swiss central bank chief who sparked the turmoil, can expect a lively reception. At least seven other central bank chiefs are also attending, including the Bank of England governor, Mark Carney.

The European Central Bank (ECB) president Mario Draghi isn’t attending this year. He will be stuck in Frankfurt handling the ECB’s meeting on Thursday, where a big quantitative easing (QE) programme could be announced.

Earlier that day a debate will take place on the prospect of higher interest rates in the US. Delegates from emerging markets will be pushing American officials to handle the ending of the QE programme responsibly, after seeing “hot money” pour into their economies. They don’t want a repeat of the currency crisis that struck Argentina during last year’s meeting.
Inequality 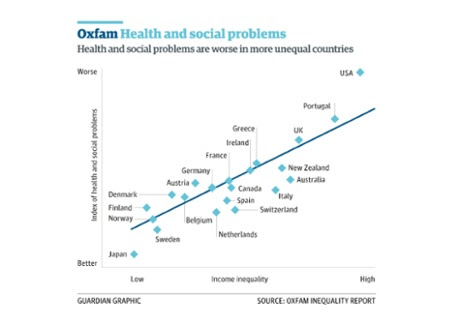 The World Economic Foundation sees rising socioeconomic inequality as driving “social fragility”. It reminded delegates that the average income of the richest 10% of nations in the Organisation for Economic Co-operation and Development (OECD) is now nine times larger than that of the poorest 10%. The global unemployment rate is expected to remain at current levels until 2018, showing the failure to tackle the challenges thrown up by the financial crisis.

Bill and Marissa Gates, and the Oxfam International executive directorWinnie Byanyima will be putting the case for more support for developing nations; Byanyima has extra clout as a co-chair of this year’s meeting.

The OECD chief Angel Gurría and Guy Ryder of the International Labour Organisation will be lobbying for workers to get a better deal.
Oil 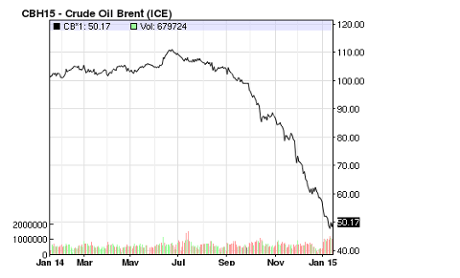 Brent crude has tumbled over the past 12 months. Illustration: Nasdaq.com

The tumble in the oil price to five-year lows means different things for Davos attendees. It’s a bitter blow to exporters, raising political risk in the Middle East and hitting growth in emerging markets.

Once he arrives in Switzerland, Abdalla Salem El-Badri, Opec’s secretary general, will face criticism from producers over the cartel’s refusal to cut supplies.

Western leaders are more sanguine, welcoming the boost to consumers’ spending power. Environmental groups, though, will be urging oil producers not to drag their feet over green technologies.
Posted by Editor in Chief at 10:42