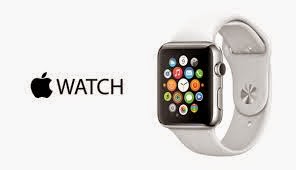 ESET Ireland advises Apple fans keen to get their hands on the Apple Watch to think before they click, after hackers exploited a wave of enthusiasm around the launch with a phishing scam linked to a fake giveaway.

Victims were enticed on social networks by the offer of a free Apple Watch, but after taking the bait were directed to a series of links and instructions leading them to other dubious web pages.

It’s suspected that the scams are designed to collect data, with one Facebook event page asking victims to provide their full names and Facebook handle. Those who clicked through are also asked to invite their friends to the event to claim the device, with 100 invites earning them an Apple Watch, 250 an Apple Watch Sport and 500 the Apple Watch edition, to be sold by Apple for $17,000.

Users on Twitter were also directed towards the scam, with fake accounts named ‘Apple Giveaways’ targeting users that mentioned the smartwatch on the social network.

In the meantime, cases like this and the Apple Watch scam highlight the importance of keeping your wits about you and your defences up while browsing Facebook and Twitter.
Posted by Editor in Chief at 11:39