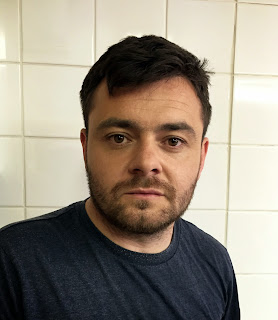 Ireland’s first ever emoji URL is being used to launch a brand new film created and developed byIrish International and Sweet Media, in support of a Yes vote on May 22nd, feating Love Hate actor Laurence Kinlan, who plays Elmo in the RTÉ hit drama, and available to view at www.idontknow.ie

The film was written to help cement the “soft yes” voters and to convert some of the electorate currently polling with an “I don’t know” response, in order to help the nation achieve a yes vote in the forthcoming referendum.

In the film Laurence’s character talk about all of the things that he doesn’t know about his life and his ambitions. He doesn’t know the secrets to love or if he’ll ever have the courage to pop the question, or if marriage is even something he’ll ever do.

There’s one thing his character does know though; that equal should mean equal and everyone deserves the same chance at happiness.

A website outlining some of the existing inequalities between marriage and civil partnership was created to support the film’s message www.idontknow.ie.

The team at Irish International and Sweet Media created a really simple, innovative, way for people searching on their mobiles to visit the film’s website, by merely typing either www.

.ws into the browser on their phone, making this the first time that anyone in Ireland has used emoji in a URL.

The film is launching at 11.30am on Tuesday 12th May, to kick off the final ten day countdown to the vote.


All parties involved in the production and development of this film gave their time on a voluntary basis.
Posted by Editor in Chief at 07:38