Rural Communities under constant threat from cyber phishing across Ireland 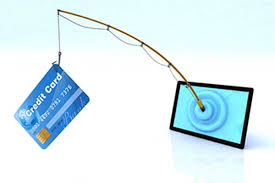 If you’re anything like me and my family, you’ll have a computer or laptop, a tablet and at least one smart phone in your house. On these devices are many important things, family photos, bank statements, scans of passports, login info to websites, email accounts, Facebook, and things you use for work. All sitting on these devices, all seemingly safe. But in this new digital age, where everything is connected to the Internet, things are not as safe as you may think.

My friend owns a small IT firm in Northern Ireland and every day he hears horror stories of people being locked out of their computer systems, or where personal data has been encrypted or hijacked for a ransom. It almost sounds like a pirate story for the digital age, and I wish it was just a tall tale!

A lady in Fermanagh received a call from a man claiming to be from BT and Microsoft. The caller said that the computer in the house was broadcasting viruses and he needed her to go to the computer and follow his instructions to stop this from happening. She complied, worried that her computer was doing something it shouldn’t. Once on her computer and connected to the internet he then gave her a link to go to, which gave him access to her computer. She watched as he started putting her personal folders into new folders and moving information about, when she queried what he was doing, he said he was looking for the virus. Then he initialised a program that placed an image lock on the desktop of her computer that said that her computer was locked and that she needed to pay £600 to unlock it.
It also had a clock which was counting down to ‘data destruction’. She suddenly realised she had not been talking to BT/Microsoft after all and she hung up. The problem was her personal documents were now locked behind a digital wall, and he still had full access to her files.

This is not just happening in big cities or towns, it’s happening everywhere in Ireland. Unsolicited calls and emails, bogus login requests. All aimed at getting access to your data.

The problem is these rural communities are now under constant attack. Awareness of these phishing scams is key to making sure data and property is not lost.

The main message is: -  never allow anyone access to your computers, or smart devices via an unsolicted call. Never enter login info for banks or Paypal from emails, go direct to the sites themselves. And lastly, back up all your important information on a memory stick or back-up drive away from the computer.
Posted by Editor in Chief at 06:48