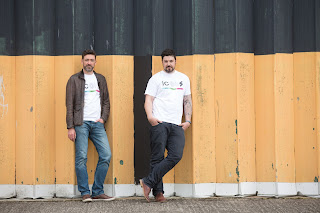 - Chuck D among speakers; log on to www.festivaloficons.com for more information -

Global icons from the worlds of technology, music and screen will converge on Belfast today [FRIDAY SEPTEMBER 25] for a major tech event, focusing on the latest technologies emerging from global creative industries.
Today’s ICONS Festival conference, which runs from 8.30am to 5pm, is a one-day international conference and industry expo featuring speakers across three stages housed in the new 6,000 sq metre Titanic Exhibition Centre and Titanic Belfast.


Among the first speakers at the festival is hip-hop legend Chuck D, a cultural icon who helped change the face of rap music with the socially conscious and politically charged Public Enemy.
The line-up includes top Hollywood producer Bill Daly, a former Senior Vice President of Warner Bros, who oversaw film franchises such as Harry Potter and Sherlock Holmes.
Also speaking at the conference is Jon Bradford, Managing Director of the TechStars accelerator in London, and Marvin Liao of Silicon-Valley based 500 Startups.
Festival co-founder Jim Fitzpatrick said: “The aim of the ICONS Festival is to build ambition and inspire action from the many thousands who are attending from across the region and far beyond.”
Saturday 26th and Sunday 26th September will see the world’s first Careers Carnival - the biggest careers showcase for the tech and creative sectors ever held in Northern Ireland with more than 100 companies and organisations represented.
With live music performances and film screenings, interactive technology and a bespoke food village, the event will be a fun and rewarding experience for all.


The festival opened on Thursday September 24 with a Digital  Skills Day for school students addressed by singer songwriter Nicola Roberts amongst others.
Posted by Editor in Chief at 10:55