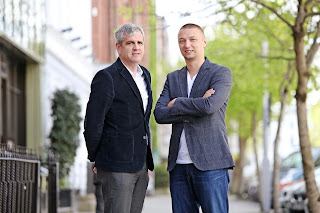 Mutual funds giant, Fidelity, has announced a $50 million investment in cybersecurity firm, Malwarebytes, which is based in San Jose, California with EMEA headquarters in Cork, Ireland.

Malwarebytes runs on over 250 million computers around the globe, of which one fifth is in business environments, making the company one of the fastest growing cybersecurity firms in the world.

“This investment is very significant for growth in the enterprise market in Europe. The new funding round will support our aggressive expansion through Malwarebytes EMEA headquarters in Cork, where our headcount has been increasingly rapidly over the last six months, due to strong business development in the EU,” said Anthony O’Mara, VP at Malwarebytes EMEA.

Malwarebytes was founded in 2008 by teenager, Marcin Kleczynski (now 26 years old), who was determined to clean malware off his mother’s computer. Since then the company has gained a remarkable reputation for its proactive anti-malware protection subscriptions and other computer security software while offering its computer virus remediation services for free. The company built a strong following in the consumer market with this “freemium” approach, and in recent years has made huge competitive advances on the enterprise and business markets.

The company last raised funding—a $30 million Series A round—from Highland Capital Partners in 2014. Although the company has been cash flow positive for the entirety of its existence, Kleczynski took the investment at that time to hire and build out a professional management team. Kleczynski plans to use the latest round of funding to hire sales staff and develop international sales since as much as two-thirds of the organisation currently consists of engineering talent.

The company recently reported some dizzying numbers including annual billings that surpassed $100 million for 2015, more than 100% sales growth in 2015, and 500 million downloads of their software. Their enterprise sales doubled while the average deal size grew by 75%. Q4 2015 was the 31st quarter that Malwarebytes has generated positive cash flow from operations.

The Malwarebytes EMEA headquarters in Cork announced the creation of 50 new roles to support EMEA market opportunity in March 2015 ands will move into their new offices in Albert Quay in the coming months. They are actively recruiting staff in Ireland and the UK.
Posted by Editor in Chief at 22:43