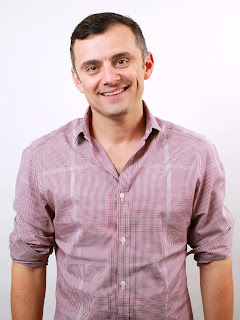 Dublin Tech Summit are pleased to announce that serial entrepreneur, angel investor, and all round tech guru Gary Vaynerchuk has been confirmed as keynote speaker at the two day technology conference set to take place in the CCD on February 15 & 16 2017.

Gary has over 29 million YouTube views and over 4 million online followers. He was named in both Fortune and Crain’s 40 under 40 lists in consecutive years and is famed for growing his family wine business from a $3M to a $60M enterprise in just five short years. Now he runs VaynerMedia, a 600 person digital agency operating in NYC, Chattanooga, San Francisco, and Los Angeles.

A prolific and passionate public speaker, Vaynerchuk has invested in companies like Facebook, Twitter, Tumblr, Uber, and Birchbox before eventually co-founding VaynerRSE, a $25M investment fund. He shares his expertise around social media, entrepreneurship, startups, and family businesses regularly to a global audience on this YouTube channel / podcast The #AskGaryVee Show.

Members of the tech community worldwide are invited to hear Gary Vaynerchuk speak at DTS with a limited amount of tier 4 tickets available for purchase from Thursday Oct 13 from 3pm GMT + 1.

“Gary V is someone we are extremely proud to add to our lineup. He reinforces our commitment to bringing industry leaders to our attendees. We have a quote from him on our office wall since day one that says ‘Skills are cheap. Passion is priceless.’ Now he will speak at the event. This is one we are so excited to announce and we can’t wait to see him speak in February.”

Vaynerchuk joins a growing list of globally recognised names who will speak at DTS, an event which aims to forge meaningful and lasting relationships and networks for its 10,000 attendees. The conference is especially committed to advancing certain groups within the community most notably students, women in tech and startups and are offering complimentary tickets to eligible attendees as well as an initiative called StartUp100 for the best applicants globally. The two day conference will explore global technology trends with keynote speakers across each discipline representing companies such as Google, Facebook, Twitter, Adblock, AOL, Bluetooth, Dropbox, Microsoft, Paypal, Yahoo and Forbes.

Following a sell out of it’s previous three ticket rounds, the announcement of Vaynerchuk coincides with DTS’ next release of ticket sales. Registration for tier 4 ticket discount code is available here (dublintechsummit.com/tier4) and is subject to availability. With the code, ticket prices will be reduced from €396 to €290.