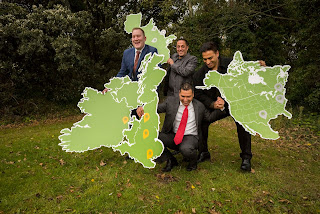 UNIFI-IX, the internet exchange operator founded in 2016 in England to interconnect the world’s leading digital cities, has today switched on its international internet exchange in Dublin. This makes Dublin just the fourth city to be connected to its 100 gigabit network. The selection of Dublin is a reflection of Ireland’s growing importance as a digital ecosystem that is attracting many of the world’s leading data centre and cloud providers.

The opening of the new internet exchange will see five jobs created in the first twelve months, as well as an investment of €600,000. This is expected to rise, as UNIFI-IX grows its global footprint. It is initially connecting two high density locations for data centre investment and telecommunications services: one in the north west of Dublin and one in the south west of the city.

UNIFI-IX is targeting its services – which cut the cost of internet communications - at the world’s largest internet, cloud, social media, telecommunications and content network companies, many of whom are based in Ireland. It is also targeting thousands of other indigenous and entrepreneurial companies who increasingly need high speed reliable interconnections with these organisations.

In addition to the two Dublin locations, UNIFI-IX’s network currently connects to four data centres in London, one in Birmingham, and one in Manchester. It is currently building its network in Paris, Frankfurt, Amsterdam, New York, Dallas, North Virginia and Dubai.

Tom Sanders, managing director of UNIFI-IX commented, “Our new infrastructure will significantly reduce the number of steps needed to interconnect major cloud, internet and content services. This will provide a huge benefit to consumers, who will see an improvement in the performance of their online applications.

“Our investment will help indigenous internet oriented start-ups and increase Ireland’s attractiveness as a location for investment by multi-national and internet oriented companies. These digital businesses are looking to safely peer and exchange data at faster-speeds with the world’s leading internet applications and services so they can better meet their consumer’s demands for high quality voice over internet, gaming, content and social media services.

“Some of the companies we are talking to already have networks of private circuits interconnecting with multiple international destinations. We offer more extensive connectivity on a single integrated network, guaranteed speeds, and our market and technical analysis shows that companies choosing to interconnect with us will make cost savings of between 20 and 70 percent, depending on the profile of their network.”

“We view Ireland as a key access point to most of the largest players on the internet. Its location is a logical mid-point between Europe and the Middle East on one side, and the US on the other and this was a very important factor in our decision to invest here.”
Michael Culligan, chief executive of Dublin BIC said that, “This is great news for Irish digital entrepreneurs and multi-nationals alike. This investment reinforces Ireland’s reputation as one of the best locations on the planet to build cloud and internet application businesses. The launch will further support the vibrant indigenous software sector.”
In order to accelerate growth of its community in Ireland, UNIFI-IX’s launch promotion offers customers a free additional connection.
Posted by Editor in Chief at 13:46