Cisco Partners Answer the Call to Take Over Carlingford 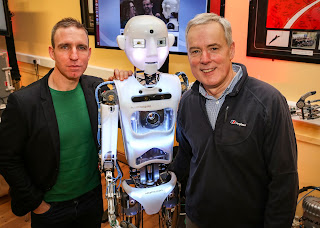 In ten locations across the town, Cisco partners were immersed in a world of technology innovation and invited to delve into sessions focussed on realising their role in transforming Irish business. From cyber-security discussions hosted in the local courtroom, to a ‘house’ of IoT demonstrations, the event focussed on priority areas for Cisco’s channel in 2017.

During the event, Cisco recognised six of its Irish partners with awards for exceptional work in 2016. Awards were presented to exemplary channel partners, recognising the achievements of a select group and their innovation in 2016.

Adam Grennan, Country Manager, Cisco Ireland said: “There has never been a better time to work in such a thriving, yet complex sector. The impact of technology permeates every industry, and as we begin to realise the benefits of digitisation, none of it would be possible without our ecosystem of partners.” He added “We’re delighted to be celebrating the innovation of our partners in Ireland and look forward to our continued collaboration over the coming year.”

This year’s winners are: