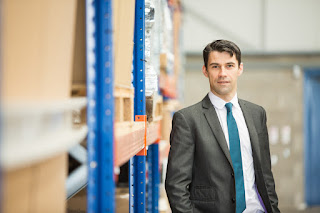 DiskShred, Ireland’s leading on-site IT shredding provider, today announces €1 million in business from its secure hard drive and media shredding service in 2016, making the year its best yet, up 33% on its previous year. The company destroyed 325,000 data bearing items last year, for customers such as The National Maternity Hospital.

DiskShred is a secure IT shredding company that caters to the most security conscious organisations. It guarantees the lowest risk of data leaks by ensuring the complete destruction of confidential data. Providing on-site shredding and a highly secure shred measurement of 20mm, DiskShred helps its clients to eliminate reputational and regulatory risks, shredding data-bearing media into fragments the size of a one-euro coin.

Increasing risks associated with data breaches have led to an uptake in secure IT disposal services in recent years. As well as this, impending General Data Protection Regulation (GDPR) legislation has led to an increase in secure data destruction, with many companies aiming to secure their supply chain and achieve compliance in time for the legislation coming in to force in May 2018. These factors have been noted by DiskShred as being responsible for the recent upswing in business.

Jeremy Bryan, brand manager, DiskShred, said: “Companies are becoming more aware of the potential financial and reputational damage that a data breach can have on an organisation. As a result, many are looking to improve their security processes. Some begin by increasing their cybersecurity spend, but it’s also really important to ensure that your old IT equipment is being correctly disposed of. This is something that a lot of organisations fall down on.

“DiskShred provides on-site shredding, which means that we visit their site with our bespoke shredding vehicles and conduct the shredding process in front of customers so that they can verify complete destruction of media. We call it mutually assured destruction and this is aimed at the most security conscious companies who need guarantees of the lowest risk of data leaks. With GDPR legislation set to come in to force next year, we expect to see a further increase in shredding this year as organisations become more data security aware as they approach compliance.”

Tatjana Bokanova, environmental officer, The National Maternity Hospital, said: “We have been using DiskShred’s services for a number of years now to shred hard drives, tapes, CDs, smart phones and other media on-site. The highly sensitive nature of the patient data that we store on our systems means that we need to be sure to use the most secure data destruction solution available. DiskShred offers the best in terms of confidentiality, price, documentation and communication, and we’re very happy with the service that they provide.”
Posted by Editor in Chief at 16:09