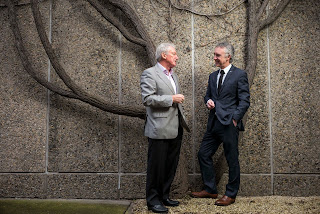 HBAN (Halo Business Angel Network), the all-island group responsible for the promotion of business angel investment in Ireland, today announces that business angels invested €13.6 million in 50 Irish start-ups last year – up 25% from the previous year. This includes €1.5M (£1.3M) invested in eight deals completed by Halo Northern Ireland angels. HBAN’s annual report for 2016 reveals that the investments leveraged a further €20.5 million from other public and private funds, bringing the total invested to €34.1 million.

As seed capital funds waited to be replenished last year, individual angel investments increased. The HBAN 2016 annual report reveals that while the number of companies receiving angel investment did not fluctuate from previous years, angels did invest greater sums of money in those companies. The average angel investment last year was €272,000, considerably higher than the 2015 average of €217,000. When investment from other sources is included, this is an average investment of €700,000 per company.

John Phelan, National Director of HBAN, said: “What’s so impressive about these results is that, at a time when there was a shortage of seed funding in Ireland, the average business angel investment per funding round increased by 25%. There was a significant drop in the value of seed funding available in the last couple of years, leaving promising start-ups struggling to source funding. We were delighted to see that our business angels played a significant role in closing that funding gap by increasing the amount they invested.

“This not only reflects the value of angel funding to the Irish economy, but also the quality of companies that we introduce to our angels. We only introduce angels to start-ups that we have identified as high-potential businesses. That is why last year a quarter of all businesses that pitched to HBAN-registered angels received funding.

“Every year, hundreds of promising Irish start-ups approach us looking for smart money – in other words, funding that is paired with deep domain knowledge and mentorship from investors with specific industry expertise. With the start-up community showing no signs of slowing down, we are constantly on the look-out for more angels to join our network and we expect to be announcing even more positive results this time next year.”

John Phelan took part in a panel discussion on angel investment at the InterTradeIreland Venture Capital Conference 2017 on Wednesday, 8th March.
Posted by Editor in Chief at 10:27