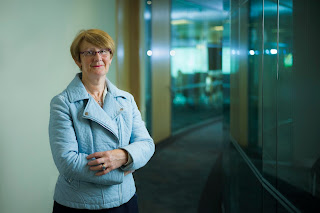 Irish high tech SMEs raised €247m in the first quarter of 2017, up 4% up on the same period last year according to the Irish Venture Capital Association VenturePulse survey published today in association with William Fry.

“In the light of Brexit and other uncertainties it is positive to see investment being maintained especially as last year was a bumper one with the first quarter 2016 nearly double that of 2015,” commented IVCA chairman, Michael Murphy. “Compared to Q1 2016, funding in the US was down 12% and in the UK was down 11%.” *

“Nonetheless, the Irish VC industry is in fundraising mode at the moment. Allied to the fact that 2016 was a record year overall with funding up by 70%, it will be a challenge to maintain last year’s levels,” he added.

He said that the importance of good international relationships and a continuing global appetite for Irish tech firms is once again emphasised by strong support from international players.

“The Irish venture capital community continues to be the main source of fundingfor Irish innovative SMEs both through direct investment and as the local lead investor for international syndicate investors who invested €120m or 43% of total funds raised in the first quarter 2017.”

Regina Breheny, director general, IVCA said that the first quarter saw a continuing recovery in first round seed funding. “This grew by over a third to €33m or 14% of funds raised.”

She added that software/IT services have dominated the first quarter with 51% of funds raised. One company (Version 1) raised over 36% of total funds. Electronic components was also a winning sector, raising 25% of total funds.

Ms Breheny said that since the onset of the credit crunch in 2008, in excess of 1,300 Irish SMEs have raised venture capital of €3.1bn.

“These funds were raised almost exclusively by Irish VC fund managers who during this period supported the creation of up to 20,000 jobs; attracted over €1.37bn of capital into Ireland and geared up the State’s investment through the Seed & Venture Capital Programme by almost 16 times.”