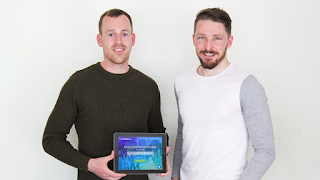 A team of Irish 25-year-olds are expanding their tech start-up to international markets to help young people worldwide choose the right third-level course.

UniBrowse was founded by college friends Alan O’Beirne, Kenneth Casey, Walter Holohan and Niall Cronin as an online search engine that makes it easier for school students to find college courses. It launched in Ireland in December 2016.

Now, the company is expanding to Australia, with plans to launch in the UK and USA in the coming months. Co-founders Walter Holohan and Niall Cronin have recently relocated to Australia to oversee operations there.

Announcing the international expansion today (22.08.17), Alan O’Beirne, who leads business development for UniBrowse, said: “Australia is seeing an increase in college drop-out rates, which is resulting in third-level completion rates being at an all-time low.

“From our research, the reason for students dropping out of college in Australia is the same as the reason here in Ireland: school-leavers just aren’t getting the right information when it comes to choosing their college course and they end up in courses that really don’t suit them.”

“UniBrowse was born out of our own personal experiences,” said Mr. O’Beirne. “Myself and my three co-founders all struggled with the decision-making process around college courses when we were doing our Leaving Cert several years ago. More recently, I saw how my younger sister struggled to find useful information when she was finishing school last year.

“When you’re finishing school, you feel like you’re being asked to make decisions that will impact on the rest of our life. This is daunting enough without the added complication of trying to sift through hundreds of college courses, some with little to no information available.

“At UniBrowse, we make the college decision-making process much easier, so students feel really informed in advance about what’s involved in the course they’re interested in, and whether it will suit them. We provide a complete bank of undergraduate college courses, and students can search keywords for the course for them. Once they’ve found a course they like the look of, they can click it to find even further information, such as the modules completed throughout the degree and whether an Erasmus overseas placement is an option as part of the course.”

In addition to international expansion, UniBrowse will launch the second phase of its site here in Ireland next month.

“We’re keeping the exact details under wraps for now, but Phase Two will be targeted at parents,” said Mr. O’Beirne. “The process of finding the right college course isn’t just a stressful time for students, but for their parents too.”

UniBrowse aims to scale up and fast, according to Mr. O’Beirne.

“After we launch in Australia, the UK and US are next on our list. Our vision is to reduce college dropout rates globally and be the industry standard search platform for college courses around the world,” he said. “In addition, while we’re only focusing on undergraduate courses right now, we want to grow to include postgraduate courses too.

“To scale up and produce the amount of research, data and marketing we need to implement our service globally will take a considerable amount of work and we’ll need to hire a strong team to execute our plans but we’re looking forward to it and to bringing UniBrowse worldwide.”

Further information is available at www.unibrowse.ie.
Posted by Editor in Chief at 11:33